Mirrors of the Olmecs

The Olmec priests, shamans and rulers all used mirrors for religious ceremonies. Within the Olmec society, the mirror was strongly associated with the sun.

Who were the Olmecs?

The Olmecs created the earliest known major civilization in what’s today known as Mexico. The Olmecs lived in the tropical lowlands of south-central Mexico (present day Veracruz and Tabasco). Flourishing from circa 1500 BCE to about 400 BCE, the Olmec culture laid many foundations for the civilizations that followed in Mesoamerica. 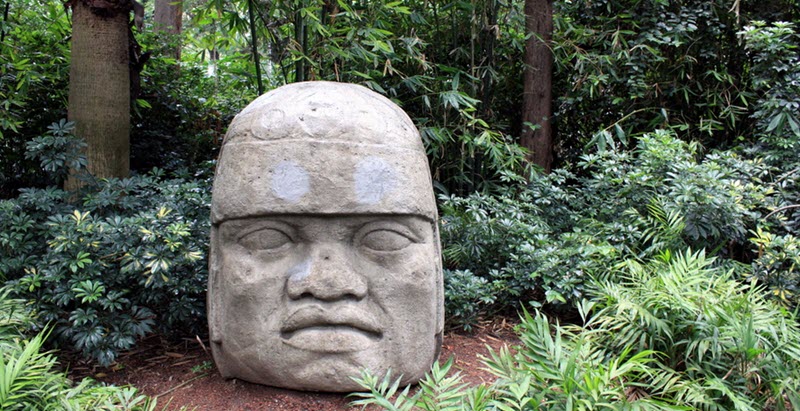 During archaeological excavations that took place in the early 1940s, mirrors produced and used by the Olmecs were unearthed. It took a while however, before they were recognized as such. An excavation directed by Matthew W. Stirling at La Venta did for instance discover both a mirror and a mirror fragment in 1942, without anyone realizing what it was. In 1943, a complete mirror was found at the same site, and now the archaeologists understood what they were dealing with. Eventually, even more mirrors and mirror fragments were found at La Venta, including two mirrors of supreme quality that were unearthed in 1945.

Mirrors of the Maya

Within Maya society, mirrors were expensive and not for anyone. They were produced by highly skilled experts and some scholars have argued that these artisans might have been members of the aristocracy or even royalty. In Maya art, mirrors are usually depicted as handheld but there are also examples of mirrors being mounted on stands or even held by dwarfs (!) in front of the user.

Maya script has revealed that mirrors were used for ritual scrying by the Mayan priesthood. Scrying is the practice of looking into a suitable medium, such as a mirror or crystal ball, to detect supernatural messages or visions. Among the Mayas, this ritual scrying had its roots in preclassic shamanistic rituals.

The oldest Maya mirrors have been dated to the Middle Preclassic (circa 600 BC). The creation and use of mirrors by the Maya then continues through all the other periods of the Maya civilization. Based on archeological remains, peak usage seems to have been reached during the Early Classic period in the highlands and in the Late Classic for the lowlands. It is also interesting to see that a much larger quantity of mirrors have been recovered from the highlands than from the lowlands. Kaminaljuyu and Nebaj in the Guatemalan highlands are two examples of sites where a large number of Maya mirrors have been discovered. It is possible that some of the highland sites were production centers from which mirrors were distributed to the rest of the Maya region through trade networks.